Cara Bristol On Her Life Growing Up With Dogs 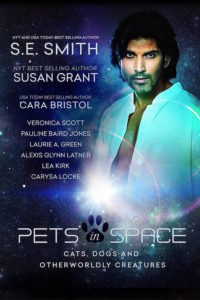 I am delighted that each author in Pets in Space has agreed to share with us an insight into their story in the anthology and a little bit about why they decided to write for the anthology. Today’s guest is Cara Bristol: 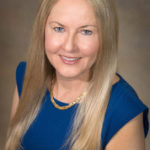 When I was growing up, we had a lot of dogs and cats. I won’t say how many because the actual number would make my family seem bizarre. So let’s leave it at a lot. We had a lot of pets because my mother is a dog lover. To her, dogs rate as equal to humans, and I think sometimes she forgets they’re animals.

She once took her dogs to see the Christmas lights—and got mad at them when they didn’t look.

Another time she thought they would enjoy going for a ride through the car wash. They didn’t. When the flapping things and brushes came down, the dogs freaked. She had to zoom out of the car wash before it was done.

My favorite story though, is this one:

One year mom was going out of town for Thanksgiving. I dropped in to say goodbye the night before she caught her plane. She had a chicken roasting in the oven.

We talked for a while, and then she said, “I don’t know what I’m going to have for dinner. There’s nothing in the house to eat.”

“What’s the chicken for?” I asked.

“Oh, that’s for the dogs. They have to have their Thanksgiving dinner.”

Do you have a “crazy” pet story? Please share it! 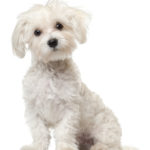 After becoming a cyborg, Captain Dante Stone didn’t think he’d ever feel again, until a traumatized young woman and a ball of synthetic fur named Sparky helped him to love.

An excerpt from Spark of Attraction, Pets in Space

“Sparky, no!” Miranda grabbed her robotic dog and tried to pull him off the captain. This was awful. Stone would airlock him for sure. “Release, Sparky, release!” she cried, but the companion-model robot hung on. “Let go!”

The captain bent, and gripping the dog’s upper and lower jaws, began to pry its mouth open with his bare hands.

“Don’t hurt Sparky!” He was all she had left, and the captain could break him, dislocate his jaw.

“Hurt him?” He peered up at her. “Might I remind you its teeth are imbedded in my leg?”

She reached under the collar for the power switch on the dog’s nape. He jerked, released the captain’s ankle, and fell over. Still. Silent. “I’m so sorry,” she apologized, wringing her hands. “He’s programmed to protect me, and he perceived you as a threat.” Maybe if she’d explained at the start her dog was a canine artificial intelligence model, all of this could have been avoided—but at the captain’s edict, she had panicked.

She scooped him up and clutched him protectively to her chest, stroking his soft synthetic fur. He looked and acted so lifelike, sometimes she forgot he was a robot. They’d have to eject her from the ship before she’d allow them to remove him. If they put him on a pod, how could she be sure she’d get him back?

He hadn’t been bothering anything.

Well, not until he bit the captain.

If Stone’s eyes had been cold before, they were positively flinty now. She’d never seen such a dark scowl.

Blood stained his pants leg, and he pulled it up to reveal a lacerated ankle. For all its small size, the K9-500 had a jaw like a vise and sharp metal teeth. If the bot had attacked a human, the damage could have been severe. Rumor had it Dante Stone was a cyborg, a computer-enhanced human with biomimetic parts. She’d heard cyborgs were immune to pain and practically indestructible.

“Of course, it hurts!” he snapped. “Why would you think it doesn’t?”

“Don’t you have those nano thingees?”

Her fellow colonists were staring, watching the interchange, waiting to see what would happen. Would the captain toss her into the brig? Airlock poor Sparky?