Laurie A. Green on Pets in Space and Hero Dogs

I am delighted that each author in Pets in Space has agreed to share with us an insight into their story in the anthology and a little bit about why they decided to write for the anthology. Today’s guest is Laurie A. Green:

When I was first approached about submitting a story for the Pets in Space Anthology, I immediately loved the idea. Pets + space was a super fun concept all by itself, but when I learned that a portion of the profits will go to support Hero Dogs–a cause I truly believe in–I was all in.

Because Hero Dogs places service dogs and other highly trained canines with armed services veterans who have a disabling medical condition, and they do it at no charge for approved applicants. These animals become wonderful companions and helpers for those who have proudly served our country.

I think pets + heroes is a pretty cool thing, too!

Why is this so important to me? Partly because I’m about as military as you can get without ever actually having served in the military. I’ve been “married to the military” for over 30 years with my spouse being a retired active duty lieutenant colonel in the Army National Guard. And I come from a military-oriented family. My father and father-in-law were both World War II vets and combat medics, as was my uncle. My grandfather served in World War I. My brother was career army, and my niece and nephews all served in either the Army or Air Force. 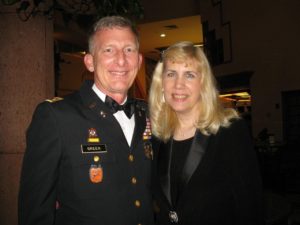 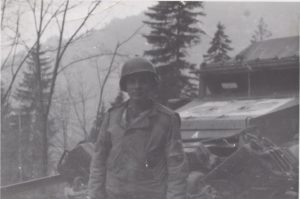 Me? I was a military budget director for over 20 years, working side-by-side with officers and enlisted personnel, many of whom were deployed multiple times. During these two decades I saw many soldiers leave for overseas deployments and attended many a yellow ribbon ceremony when they finally—and safely—returned. Though not all returned the same as when they left. I know how much some of these men and women sacrificed to serve their country, and I love that this anthology will allow me to give something back to our veterans, even in a small way.

Writing a novelette about a heroic pet (in this case, a bio-engineered ship’s mascot called a StarDog) and her remarkable ship and crew seemed like total win-win, and a great way to help support this wonderful cause all while allowing me to expand my Inherited Stars universe. HUA!

Navigator Taro Shall has a mission no one wants – find a way to eradicate snakes on a starship. He never expects to find the answer to his problem in a charming street vendor named Adini. His already unusual mission becomes more complicated when he suddenly acquires an adorable StarDog that soon sweeps him and Adini into the maw of a brewing insurrection.

Laurie A. Green is a three-time RWA Golden Heart® finalist, an award-winning author, and a science fiction romance enthusiast who founded the SFR Brigade community of writers, which is now nearly 900 members strong.

She confesses to being an Andromeda Galaxy groupie and would someday love to own a vacation home on Mars or Titan. She’s enthused to be a part of this wonderful anthology mash-up of two of her favorite things–pets and space.

Her family includes her husband, David, four dogs, three cats and several horses, all who reside on a ranch in beautiful New Mexico. A former military budget director and reserve state trooper, she now spends her time writing, networking, researching, enjoying the Southwestern lifestyle and, naturally, stargazing and daydreaming about other worlds.